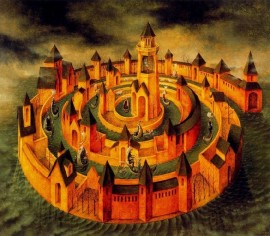 It is a coordinator for the design and execution of the work under the Legislative Decree n ° 494/96.

It is registered in the list of the Ministry of the Interior pursuant to Law No. 818/84.

He has lived and worked as an architect in:

As a designer he was part of a group of architects from different countries under the supervision of Prof. Arch Ludovico Quaroni engaged in the Master Plan of the Historical Center of Isfahan (Iran) under the auspices of the Iranian Culture Ministry.

This plan provided architectural requirements to be followed in the design and rehabilitation of existing parts, and the new measures for the interstitial areas and for those vacated after the demolishing of buildings deemed inconsistent with the historic fabric.

To this end have been prepared outline plans for new gardens, halls, homes and office buildings.

As a member of the Scientific Committee of Turismo Verde, a body of Confcoltivatori for rural tourism and the territory, has participated in numerous research and study conferences on the problems of rural areas.

He has conducted research on the analysis of the agricultural landscape in the environmental impact assessment, under the aegis of the Ministry of Public Works﻿.

He edited in collaboration with other professionals a survey for the Preparation of a Rural-Tourism Development Program in the mountain areas between Marche and Umbria under the aegis of the Ministry of Agriculture and Forestry and Confcoltivatori.

He played the role of designer, project manager and construction supervisor for Caliandro Associates in the development of a residential building in New York (USA) (36 units, mq. 4.400, $ 4.5 million).

With Caliandro Associates has participated in the design of a residential building of 26 floors and the conversion of an adjacent building of historical value in luxury homes in New York (USA).

He participated in a team of architects to design an elementary school for 350 students with an adjacent public library for 50,000 books in New York (USA), under the auspices of the Architectural League of New York and the Public Education Association. This project was the subject of a publication published by Princeton Architectural Press as well as an exhibition entitled "New schools for New York" held in "The Urban Center," New York City (USA).

He has collaborated with the office of Jean-Pierre Buffi & Associés in the following architectural competitions:

- The design of the new French high school "Chateaubriand" in Rome under the auspices of the Ministere des Affaires étrangères of the French Republic (18,257 sq. m).

- Project of the World Trade Center in Dusseldorf (Germany), under the aegis of Groupe Pelege (93,598 square meters).

Always with Jean-Pierre Buffi & Associés has participated in the development of a project winner of a competition by invitation for the new headquarters of Societe Generale in Paris (France), (mq.146.000).

In 1992 he opened his own studio in Foggia and in July 2009 he founded Buccarella Architects with architect Giorgio Buccarella, based in Foggia in Via S. Maria della Neve n° 12.